If we make the rounds to a lot of places in the Cimenyan hamlet area, we will find dozens of rickety houses with graveyards in front, beside or behind. On the other side, there is a little and poor bathing space covered with thick plastic sheets (usually wasted fertilizer packs), this “toilet” used as bathing and urinate place during day or night. As for defecation, they have to walk hundreds of meters away to the river or farm to excrete feces. For elderly people and the ailing it is not easy. They prefer to defecate in the potty, because they are not strong enough to walk uphill and downhill.

In Cimenyan area, water is abundant. But expanding water pipeline in the village cost a lot of money. Some cannot buy a pump machine to lift up water to the uphill hamlets. Consequently, they go downhill with the empty buckets on their two hands and go uphill with full of water.

Another example, in Kampung Sentakdulang Mekarmanik Village. Yaya Sukarya (76) and his wife Sutinah lived in a modest house. Working as a blacksmith, they live in the house which is also used as his metal workshop. For the washing-toilet activity, Yaya and Sutinah have to go up and down to the hill. Two hundred meters below, there is Cisanggarung creek with an open toilet in the river bank. People are lining up for bathing, washing clothes and kitchenware in this mandi, cuci, kakus (MCK) facility or bathing-washing-toilet centers.

A decade ago, it was a spot of abundant water, but as the environmental deterioration goes uncontrolled, the spring leaves only 25 % sum of water. That means that they must queue up for water early after midnight. The later they go downhill, the less the water they get.

The old Yaya has to stand in line at 1.00 AM. Thereafter, he walks back home through the 45 degree slop paths with two heavy and full of buckets on the right and left hands. It is hard to do the MCK activity during the day as this open public MCK situated just below the public road so it is easily for people passing on the street to come across. Besides, in the afternoon, the water reservoir is empty and will get full again during the night. Most of this MCK are without the on site sewage facility (OSSF). The human waste is disposed directly into the creek putting the villages at high risk of diarrhea and skin disease.

Cimenyan area is also vulnerable to rabies as to families adopt dogs. The dogs keep their family’s security and property like farms and livestock. They bark to warn the cattle raiders and to challenge the wild boars which try to damage their cash crops. Raised unvaccinated, the dogs are high-risk animals for transmitting rabies. But so far, no rabies outbreak recorded there.

Another source of disease is their poor livestock management where they do not have an adequate and clean environment. The cattle pens only a few feet of the hut wall, or some less than a meter. In general, the Indonesian farmers keep their cattles near the house, or in a small piece of land in the backyard. This is certainly has a bad impact on the family health and to the home environment. The livestock manure has not been properly treated. They pile the manure in the yard or flow the urine/feces into the creek. The dumped waste contaminate the soil and water, causing the disease.

Lack of health education makes the prevention efforts sometimes hard. Nobody tells the importance of hand washing. We can find number of peasants and children with long dirty nails. The bacteria that cause vomiting and diarrhea are often found under people’s fingernails. Of course, this is very dangerous considering Cimenyan is a difficult area of water, defecate, cattle stables are united with the house. When eating with hands, the germs and seeds of worms are swallowed into their stomach. Nutrition of children was hijacked by these worms. Buying nail clippers is not a priority. Not expensive indeed, but nail clippers can only be bought in the shop miles away downtown.

Building a family healthy latrine in the rural area is more expensive because of poor transportation road. Cement, sand, bricks, and other materials can only be unloaded on the roadside. To bring this material hundreds of meters down to the hamlet takes a lot of human labor cost.

To build the MCK in isolated Cadas Gantung village for example, costs up to Rp 24 millions (around 1,750 US$). While in Cisanggarung which is relatively not far from the main road, it is Rp 14 millions (1,010 US$). In the urban area, the MCK with the same size is Rp 10 million worth (765 US$). They don’t have money to build a public MCK, let alone for the cost of nutrition need or repairing homes to be habitable. This is what traps them for decades in an unhealthy cultural life.

Therefore, without funding breakthroughs, people will still have no access to healthy latrines. In 2017 Odesa assisted in the construction of an MCK in the village of Cadas Gantung, in collaboration with the Electrical Departement Alumni Family of Bandung Institute of Technology 1986 (KAEL86). Two other public MCK in Kampung Cisanggarung, built by Badan Penyelenggara Jaminan Sosial Ketenagakerjaan (BPJS Ketenagakerjaan) or the Indonesian Worker Social Security Agency. Currently, at least Cimenyan needs 70 public toilets for 22 villages.

It is hardly to persuade the population to turn to the toilet. In Cadas Gantung, after the public MCK were completed, turning the culture of open defecating into the closed toilet is not an easy thing, especially for elderly people. The habit of defecating in the open area has been going on for decades. Now they suddenly have to do it indoors. Some elderly choose to keep doing it in the open air. It turns out that, building a public facilities must be followed by capacity building programs to usher in a new healthy habit. (Budhiana Kartawijaya) 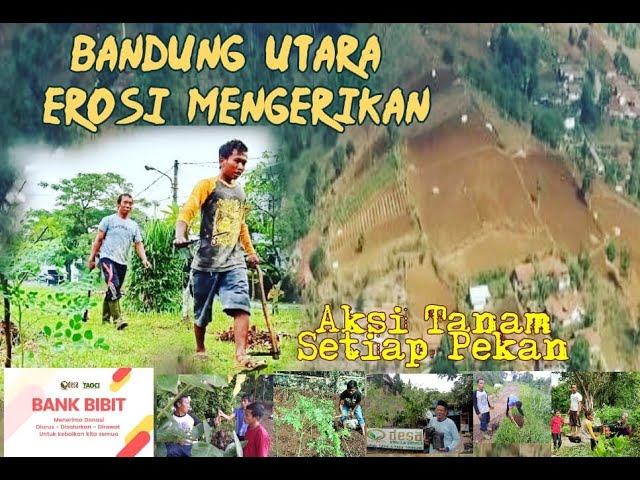 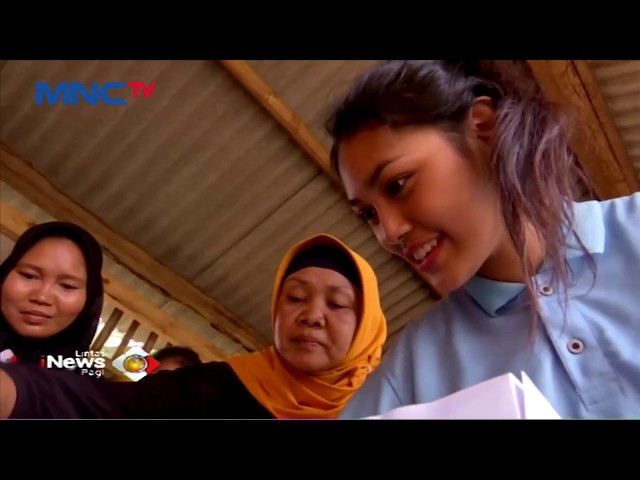 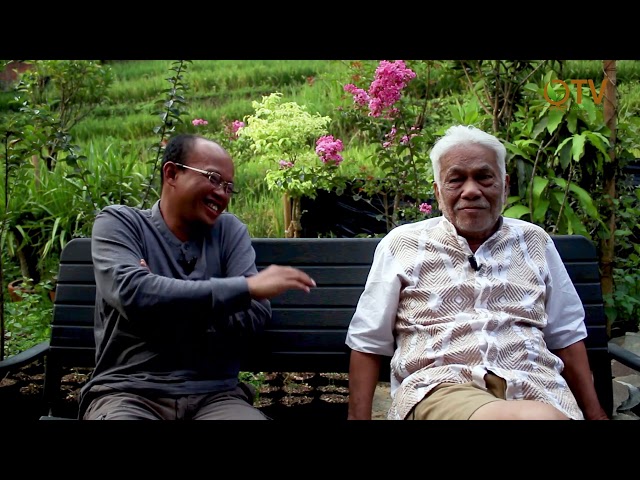 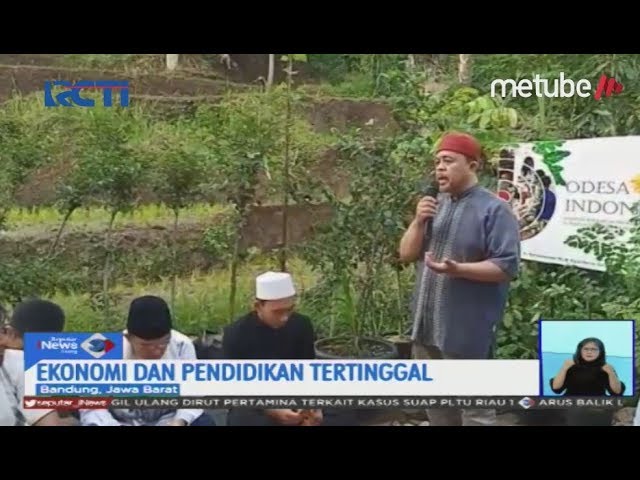 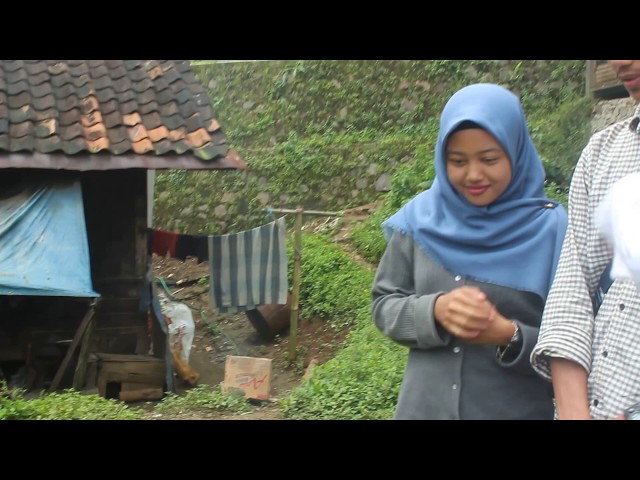 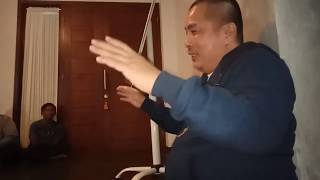 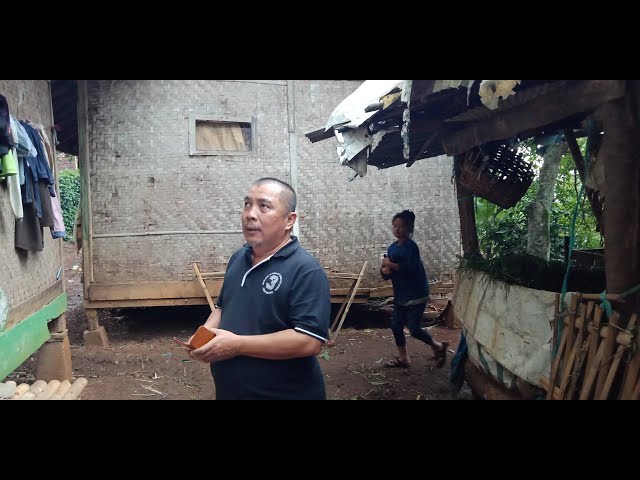 Striving for a Healthy Lifestyle

Nutrition: What do peasants eat?